How Irish is Your Town? 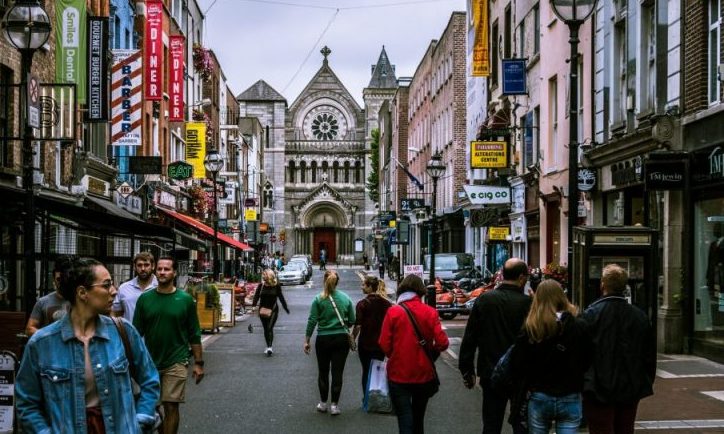 Have you ever wondered how many of your neighbors could be linked by the same ancestry to you? How many people in your grocery store could you greet with, ‘Top of the Morning to you’? (in reality, they might not understand it anyway as it is a myth that Irish people actually say that) So how about, ‘Dia dhuit’ to really check them out?

Below is a list from Wikipedia of the percentages of people in large, medium and small towns with an Irish ancestry.

Large cities with the highest percentage of Irish ancestry[

No great surprise that at the top of the list for the big places is Boston. Most people would guess this – and they would be correct. America had a significant Irish population from the start, but it was accelerated by the famine of 1845-52 when Boston was a major immigration hub. By 1850 the Irish were the largest ethnic group in the city and that is still the case today.

When our family came to the States, we lived for the first eight years just outside Kansas City. We were amazed on the first St Patrick’s Day after our arrival when having hardly heard an Irish accent since we got there, all of a sudden there were thousands of people dressed in green dancing along the route of a fantastic parade. It seemed like just for this one day the Irish had captured the city with their events going on all over the place. It was our first lesson in how the Irish heritage is so strongly embedded in the American psyche and culture.

Looking at the list of smaller places, it seems amazing that 61.5% of Scituates population of roughly 19,000 has Irish ancestry. It must be like walking down the streets of Dublin.

Given the connection with the past, it is maybe not surprising that the desire and need to wear something Irish is so strong!